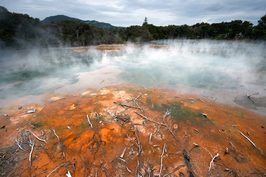 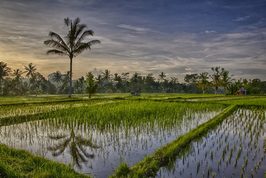 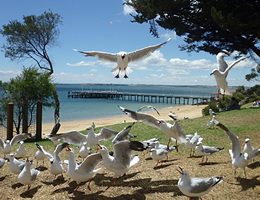 The Eastern Suburbs Photographic Society was formed in 1967 at a time when membership of the Box Hill Camera Club was in decline. The Chief Photographer at Channel 0 television station in Nunawading was Peter English, who was provided with a small budget, courtesy of Channel 0 (now Channel 10) to organise a photographic society. Peter called an initial public meeting attended by some 200 interested individuals and so began ESPS. Among the founding members were the President (Peter English), the first Treasurer (Charles Rivington) and Secretary (K. Bell). The first six years of the club's life saw the Society meet at Channel 0 studios where members availed themselves of the station's studio lighting, sound and other facilities. A move to the C.L. Willis Room at the Nunawading Civic Centre followed in 1973 where we remained until 1990.

In October 1989 the Society became incorporated under the Association Incorporation Act 1981 in order to protect Committee members from personal liability. A move to the Mitcham Primary School in 1991 was followed by relocation to the Mitcham Senior Citizens' Centre, 5 Brunswick Rd., Mitcham in 1992, meeting on the 4th Wednesday of each month as it had in the past. In 2012, the Society was advised that due to a realignment of the railway line, the Mitcham Hall was to be demolished, and so negotiations began to find a new home. Eventually, arrangements were made for the Society to relocate to the Pines Senior Citizens Centre at 25 Central Road, Blackburn and so in January 2013 the club's assets and equipment were moved to that location, where we meet today.

In the early days of the Society colour slides and movie film were encouraged but Black and White prints were the mainstay. Colour prints were introduced through the 1970's and a Small Print Competition was introduced in 1997. By 2006 the digital age was making major inroads into the photographic focus of the club, and the emphasis changed rapidly, moving away from film based photography towards digital photography and computer processing of images.

In 2007 it was decided to discontinue the slide competitions which ceased to be a part of the competition program at the end of 2008. This year was also the first year that digitally projected images appeared as a distinct competition category. By the following years (2009) the projected digital image competition was so popular that it was split into two grades producing as many images as those in the printed image categories. By 2012, the digital category became so popular that a new category was introduced for Monochrome Digital images. Prints became gradually fewer due to the low cost and ease of digital entries, and by 2013 the Monochrome Digital category was split into Grades A and B. At this time a new judging process was also introduced, which abandoned the traditional allocation of 1st, 2nd and 3rd places and replacing that system with a banding system where successful entries were awarded in groups rather than individually. This mitigated the problems associated with inconsistent judging which had seen many good images go unrewarded. Awarding points for simply entering was abandoned on the basis that rewards would be made for excellence and competency rather than simply participating. The awards also moved from a trophy based system to medallions which were imprinted with the ESPS logo. This logo itself was re-designed, replacing the original logo which had been used since inception.

Regular workshops and social events have been a part of the annual syllabus activities since the first field trip in 1967 when members travelled to Toorourrong Reservoir just north east of Whittlesea. Various social activities continue to feature as part of the Society's activities, and the workshops have evolved with greater emphasis being placed on the exchange of knowledge and participatory activities. Interclub competitions have been an ongoing aspect of the club's activities with an April and October "4 Club Competition" being held, originally between ESPS and the Berwick, Oakleigh and Waverley clubs. Additional but infrequent interclub competitions were held separately with Ringwood and Camberwell. In 1971, Eastern Suburbs associated with Coleraine Camera Club until that club's demise in 1980. A similar relationship developed between the Wendover Camera Club in England which continued until 1999 when Wendover also ceased operation. Another association was developed with the Stoke Poges Camera Club also in England in 2000. Each competition was evaluated by both an English and an Australian judge with their comments being sent to the other club on tape. From 1982 to 1984 the ESPS liaised with the Camera Club of Singapore to provide an exchange of slides to show members of each club examples of the different images produced by the two clubs. In 1992 a similar arrangement was undertaken with the London Camera Club, Ontario, Canada. Currently the club has no outside affiliations outside the 4 club and VAPS structures. With the collapse of the Oakleigh camera club a replacement was sought, and in 2008 Maroondah Camera club joined the existing 4 club competition. The Society has acquired equipment over the years including twin dissolve projectors with audio-visual ability, a slide projector, print display stands and a public address system for speakers and judges. With the advent of digital photography, this film based equipment largely became redundant and in 2007 a Digital projector was purchased, which was followed in 2009 by two computers and an LCD screen for demonstrating photographic techniques and digital imaging skills.

This transition to digital technology placed greater financial strains on the club, and it became necessary to engage in additional fund-raising measures in order to fund new equipment. This period marked a major shift in the club's direction, and presented new and interesting challenges. The wide availability of computer based processing methods enabled many members to engage in photographic manipulation techniques which had previously been the domain of only the privileged few. The number of members shooting with film cameras dwindled rapidly, and by the end of 2008 only a few had not converted to digital. The focus on computer skills replaced knowledge of traditional darkroom techniques as the computer became the new "darkroom" of the 21st century. Since its inception the Society's members have produced thousands of first class images many of which have been lost over the years but in 2007 the society celebrated its 40th anniversary and a range of images from the club's past were displayed at the 40th anniversary celebrations. 75 top images from the period 1973 to 2000 have been recorded onto a compact disc, and the collection continues to grow due to the ease with which digital images may be stored and reproduced. The Society has now had over 600 members pass through its doors, and with an average membership of around 65 the club continues to thrive. A new wave of younger, technologically proficient, members holds great promise for the future. The majority are now connected to the world electronically which provides greater ease in the lines of communication between members. The records of the club are now digitised, replacing the original handwritten records, and the administrative processes have become far more sophisticated. The Society has a strong internet presence with its own website through which potential members can be attracted and images of members shown to the world. The club also continues with the more traditional promotional activities, including displays at local libraries.

Members of the club are encouraged to participate on either the committee or via one of the various assistant roles which enable club meetings to operate each month. The views of members are regularly sought via either "think tanks", surveys or by generally feedback which is encouraged. The committee continues to provide what members are looking for in a photographic club, and to keep pace with changes in the photographic world. The club attracts a diverse representation from all walks of life and age groups and has a good mix of men and women whose photographic talents range from beginners to those with high levels of proficiency. ESPS produces a newsletter, "FORMAT", which is published online 11 times a year. It has its own place in the history of the club being initially typed onto wax stencils and duplicated on a Gestetner printer. Peter English edited and typed the newsletter while the membership took bets on the number of mistakes that might be found in each edition. In time Channel 0 took over the publishing process and in recent years it was produced by one of our members using computer software and professional printers. At the end of 2014, the Committee took the decision to discontinue the monthly printing of Format except for an Annual Edition in January of each year. Limited hard copies were produced for visitors, but the magazine became primarily an e-magazine from January 2015. The club continues to maintain its own small library of photographic books, one of the few clubs to do so. The holding of an Annual Audio Visual Competition re-visited this branch of photography in the early years of the 21st century, but by 2014 interest in this specialised area had waned, with no entries being submitted.

The 21st Century has presented new challenges to the club, with older members moving on and newer members bringing an increasing awareness of digital techniques, computer post processing and all that goes with a primarily digital world. We continue to look forward to an exciting future in the ever changing world of digital photography.